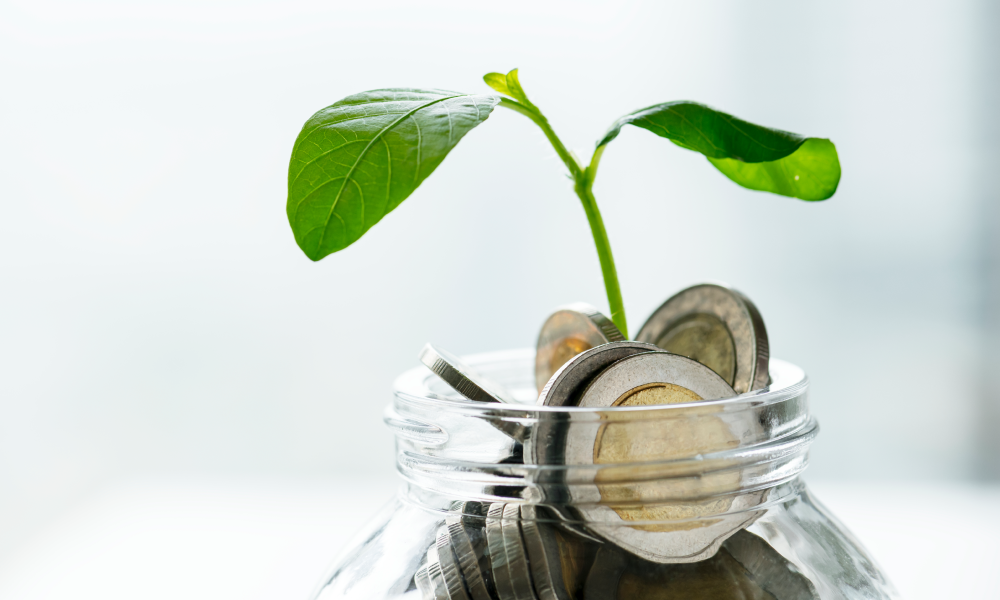 The Reserve Bank of Australia ("RBA") has left the official cash rate unchanged at 0.10%.

The message is a little inconsistent from month to month, but there are multiple examples of growth activity in the economy, with one fear worldwide now centred around product shortages and rising prices.

The sentiment in say Australia and Europe is that these inflationary pressures are temporary, other economies disagree. This was just after the latest inflation figures for the September quarter, showing stronger than expected results - and significantly also in the RBA target range of 2-3%.

The RBA Deputy Governor, Dr Debelle, addressed a Senate estimates hearing last week on the economy. He stated that a little bit more inflation is welcome, though not sure how long the central bank's attitude can remain like this.

The global phenomenon of “forced savings” during the pandemic has resulted in significantly elevated savings levels in Australia, according to the Allianz Global Wealth Report 2021.

Australia now ranks 13th place in a ranking of the 20 richest countries according to the report, with the USA and Switzerland leading by a wide margin ahead of countries like Denmark, the Netherlands and Singapore.

Almost one half of fresh savings for Australian households in 2020 ended up in bank accounts. That is the good news.

With asset prices and construction costs increasing, the other side of the ledger is debt growth. Australia’s debt to income ratio is the second highest worldwide, and reached a high of 129.3% in 2020.  See Table below. 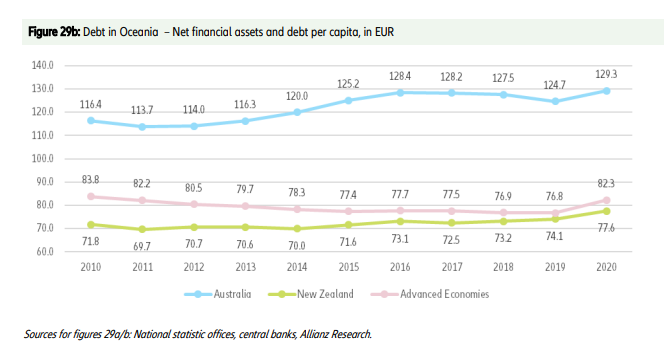 What does this actually mean?

We are wealthier on paper, as asset growth has outpaced liability growth, which are principally property mortgages. Our liability-to-asset ratio has improved significantly in the last decade, now under 40% from around 50% ten years ago.

Despite this "wealth" based growth, we haven't had the income growth to keep pace with asset growth.  In a business sense, the balance sheet is strong but the Profit & Loss is weak,

The only risk of this is it opens up vulnerability to asset price changes or a rise in the cost of debt.

Over the month of October the Australian share market went nowhere in the end, though that doesn't tell the full story.

Over the month of October, the Australian share market went nowhere, though that doesn't tell the story.

Firstly, there was a reversal of gains as the sell-off in bonds impacted companies sensitive to rising interest rates, along with weaker commodity prices for the mining and energy sectors.

Although it is October, the local market is expected to reverse some of the losses this month.

It was the turn of markets to lead the sentiment predicting rising interest rates to come. The upward momentum for interest rates worldwide is growing real steam, with New Zealand's central bank has raising interest rates by 0.25% for the first time in seven years, as it tries to control in property price growth in particular.

The Bank of England is expected to increase its local rate, adding momentum around Europe and across to the USA that "emergency" settings are coming to an end.

In the US, The Federal Reserve is expected to announce this week that it will taper its buying of US government securities and mortgage backed securities.  A big sign that the economy is "on its own".

Locally, accelerating inflation and market forces will put pressure on the RBA to lift rates before 2024.

Another really busy month on money markets, with a sharp increase in short and long term rates this month. The RBA will keep buying bonds for a little while longer, though expect this strategy to change pretty quickly.

The increase in all interest rates (as evidenced above) was relatively sudden. The 10 year rate has hit its highest point in almost 3 years. The 3 year rate has bounced nearly 1% so the RBA can't buy its way back to zero.

The property market continues its growth across the board, at a relatively consistent rate though the market is about to be tested with significant stock levels.

This is supported by data from CoreLogic, which showed 47,040 newly advertised properties entering the market nationally during October, this is an increase of 22.7% on last year and 5.2% above the five-year average.

The momentum of the market will be a close watch over the coming months.

As we reported last month, the changes in mortgage regulations have had little or no impact, attention will turn to our New Zealand neighbours to see what impact a change in interest rates will have.

Locally, a soft quarter for Perth which will be an interesting watch. 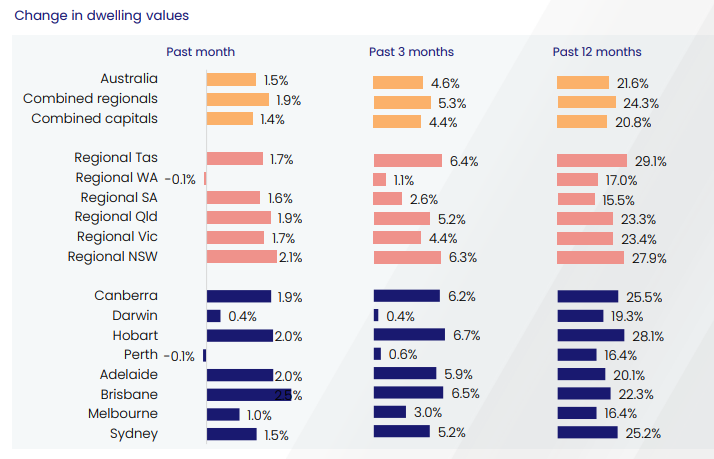 The market, in short, is very hot. There have been several rural auctions that are achieving prices well above reserve, and setting land records in their local regions.

Rabobank expects rural land prices to rise 10% this year, and continue to rise over the next five years.

At the top end of the market, data from the Australian Farmland Index shows prices for farmland, including those used for growing crops or grazing livestock, have increased by over 30% during the past year.

More evidence of falling yields (increased purchase prices) across Australia. So many different industries and sectors are very buoyant, with buyers cashed up.

Even office vacancies is not driving vendor listings, with this presenting an opportunity for landlords to make the environmental upgrades to their buildings. These more "green" efficient specifications will be timely for when the next demand cycle comes.

The currency rose strongly over the month, on the back of Australian trade surpluses, higher local interest rates and on a weaker USD.

A stronger currency won't help the case for rising rates.  Most economists remain less than bullish about the dollar into 2022, including Westpac, “Australia may be running record trade surpluses now, but into 2022, the reopening of international borders will highlight the great difficulties in rebuilding Australia’s education and tourism exports. “A soft Aussie would be helpful in this regard.”