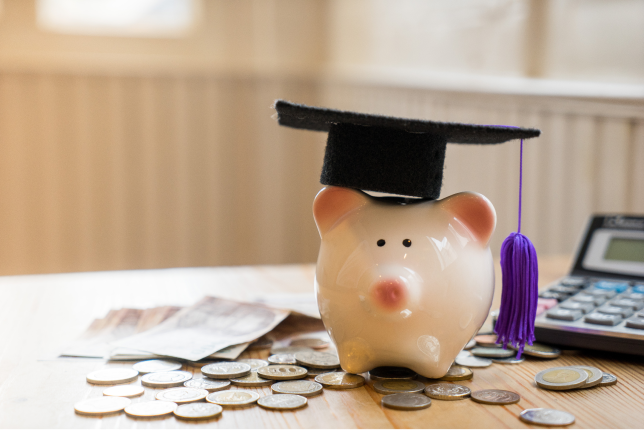 The Reserve Bank of Australia ("RBA") met today for August, raising the official cash rate by a further 0.50%.

In the U.S., their Federal Reserve raised interest rates by 0.75% again to a target rate of 2.5%. This is reflecting strong employment and inflation data, though balanced with some fears around sustainable growth into the future.

The International Monetary Fund has significantly downgraded its outlook for the global economy; however, this is still forecasted to be in positive territory despite the doom and gloom in the media.

Most economies are hoping that historically low unemployment and wage rises, will soften the blow of weaker house prices and rising mortgage rates for households.

Over the month, the Australian share market was in the positive territory as indicated below: 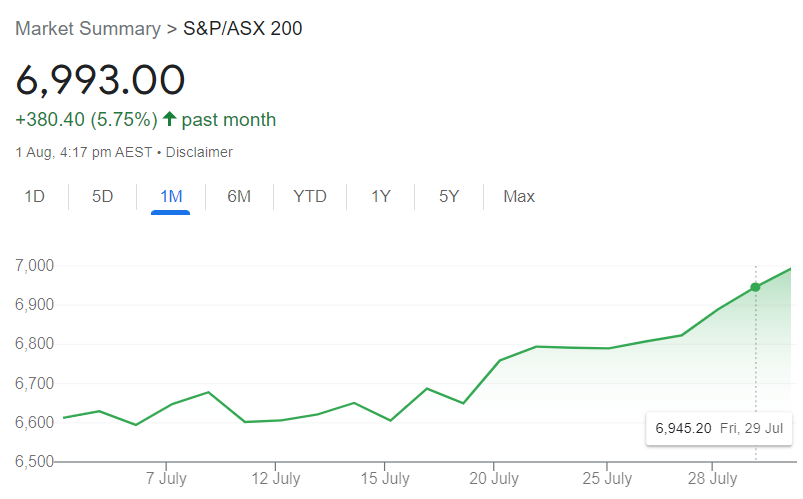 The equity market bounced back strongly this month despite the backdrop of rising rates and inflationary concerns.

Overseas, US stocks have seen their best month for some time with their benchmark Dow Jones matching Australia's near 6% improvement.

Shares of smaller cap U.S. companies are also driving a rally in the broader equity market, as they draw investors looking to scoop up cheaply valued stocks and those betting the market has already priced in an economic slowdown.

Very interesting times in markets. Money markets had until recently expected the RBA to raise interest rates to around a 4.0% peak in 2023.

However, things change quickly in modern economics, and the market now expects the RBA will be largely finished with interest rate increases at just above 3%, and then settle at this level for a while.

To demonstrate this, we again draw your attention to the ASX Cash Rate Futures as below. Last month we showed the increasing pace of how quickly rates will rise, this month the surprise is how much expectations have come off.

Whilst inflation remains a priority, the comments from the RBA last month ring true. “It’s unclear at the moment how far interest rates will need to go up to get that”.

Fixed mortgage interest rates jumped again which shows the lag in funding costs for banks, as benchmark 3 year and longer rates actually fell over the last few weeks materially. The market is already looking to the other side of the cycle.

Australia's monetary policy is now mirroring actions by central banks across the world.

New Zealand raised interest rates by 0.5% to 2.5% in July. The RBNZ signalled that it would continue to increase rates as needed to contain inflation, which reached an annual rate of 7% in the last quarter, just above Australia's level. Their other objective is the goal to bring house prices more in line with sustainable levels. Their approach has been unapologetically brutal, but clear.

In Canada, their official rate increased to 2.50%, a full 1.0% increase. The message was clear, "the Governing Council decided to front-load the path to higher interest rates by raising the policy rate by 100 basis points today."  More strong monetary policy to get them up so there is room to bring them down.

The European Central Bank raised its central interest rates by 0.50%, ending a period of negative rates dating back ten years and originally driven by the Greek debt crisis.

Japan's Central Bank remains the outlier, keeping its policy rate unchanged at minus 0.10% and kept its 10-year government bond yield target at 0.00%.

This carries on from the sentiment of last month, with the view of a short and sharp rate rise, that will come off a lot earlier than originally expected. This market looks a long way forward it seems.

The 180 day rate went up and down over the month. The yield curve is now flattening as the 10 year bond retreated back to April levels.

As we have discussed previously, an inverted yield curve is generally seen as a precursor to recessionary conditions.

However, the 2,3,5 and 10-year bond rate yields all fell during the month which goes to the commentary around expectations for interest rates. The coming weeks will be good to watch to gauge sentiment of the economy's immediate and longer term prospects.

The fall in Residential Property continued its momentum over the month.

CoreLogic data below shows Sydney and Melbourne had the largest falls but other recently high performing markets (Hobart, Canberra) also experienced some drop off.

A lot of this is sentiment driven, whilst other parts are more real with households processing the impact of rising interest rates of their historic lows.

To put the current situation into context, median house prices are down 2% from their peak earlier this year, after increasing almost 30% during the Covid-19 period. 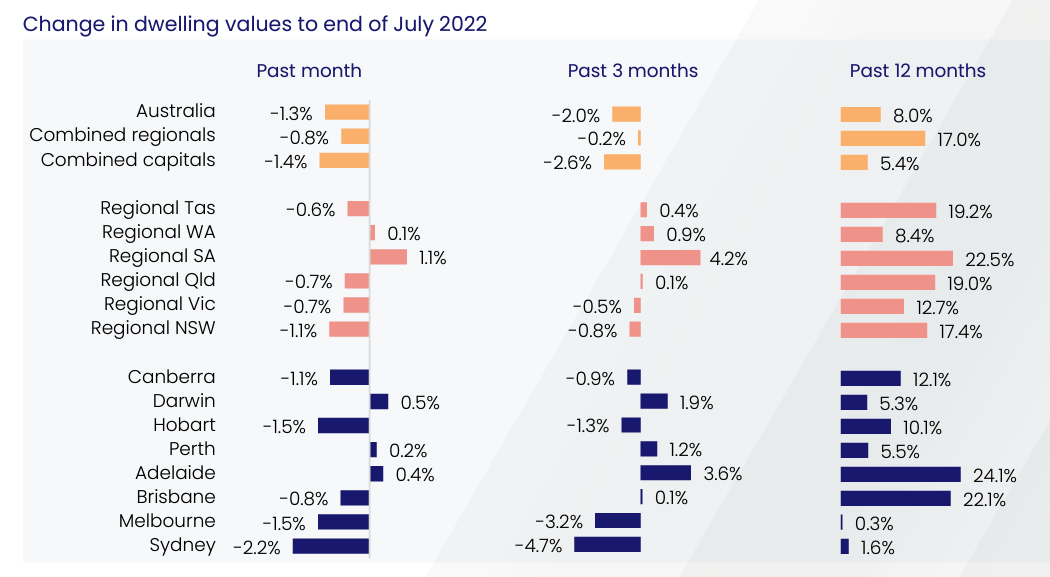 Further relevant data from CoreLogic regarding listings. In Sydney and Melbourne they are already close to 10% above five-year averages. Other capital cities however are showing advertised supply levels that are more than -30% below the five-year average.

So more stock that is expected in Spring across the board will impact these markets differently.

Other parts of the property sector, including commercial in particular, are at an interesting stage. It will take some time for investors to absorb the impact of rising interest rates coupled with the medium and longer term demand by tenants.

The Australian dollar rose to US 70¢, offsetting the falls from the previous month.

This was primarily on the back of a weaker USD on the expectation that the US Federal Reserve will pause or at least reduce the size of future interest rate increases.